We work with high-performance athletes

All elite athletes have in common the need for a high-performance body. Manuvision has for many years helped some of the world’s best athletes optimize their performance, from the Tour de France to the Men’s Handball World Cup. We prevent injuries and balance the relationship between strength and agility. And we teach elite athletes to work and train with the body and not against it.
Manuvision Body Therapy is not only a form of treatment that can alleviate illness and injury, it is also a tool to optimize the body, so that it functions in its entirety at the elite level.
Through body therapy we work to:
Through body therapy we work to:
– Prevent injuries
– Optimize the body and respiration so that the body can preserve and use its resources in the best possible way, and the organs can perform at their best.
– Understand the signals of the body and release old “shocks” and injuries.
– Cultivate motivation and drive that makes the body, emotions and thoughts work in the same direction.
– Train the attention necessary to stay focused until the goal.
– Balancing the relationship between core strength and agility.
– Balancing the nervous system and its ability to alternate between performance and recovery.

PERFORMANCE REQUIRES RESTITUTION
Getting athletes to perform at their best is not just about building strength, but also about contributing to the body’s ability to recover. Because it is a prerequisite for endurance and strength, that the body can let go and “fall” before and after performing at its best.
The nervous system is, as always in Manuvision body therapy, at the center of the treatment. It is the nervous system that must be present, both when we have to recover, and when we have to keep a cool head during the performance. Therefore, we train the ability to stay between the two basic states of the nervous system: The sympathetic nervous system, where the body is ready for battle, and the parasympathetic nervous system, where the body is at rest. We work on this with the ability to find and maintain the balance between recovery and acting, so that we can give our best while maintaining our composure and calm.

OLD INJURIES MUST BE REPAIRED.
The connection between the body and the psyche is essential for athletes to free themselves, both from sports injuries and previous trauma, and regain movement in places where the body has contracted. Because even though an injury heals physically, there is always a contraction in the tissue. Contractions cause reduced mobility and poor flow if the emotional shock is not released.
Several elite athletes are also seeking treatment to alleviate performance anxiety or to restore balance to the body and psyche after a great performance. Here we help by balancing the nervous system and loosening the tensions that create discomfort and get in the way of recovery and concentration. 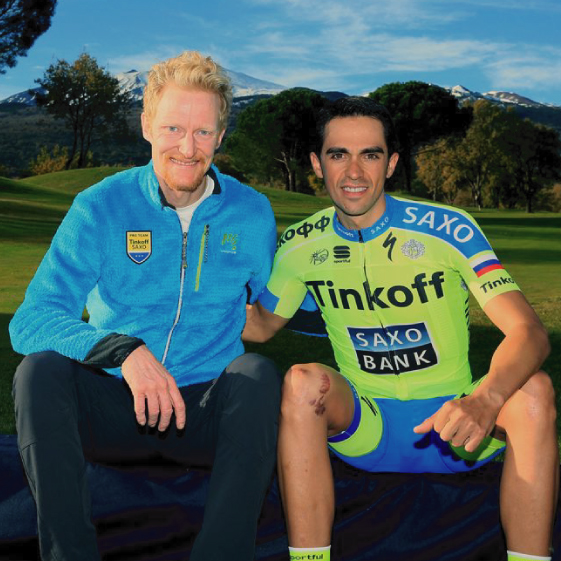 “I am really very satisfied with the cooperation with Manuvision that I have been enjoying since 2010. It has been an important part of the efforts to optimize my performance and focus at the highest level. The treatments have helped me especially during the demanding Grand Tours, where it is crucial that the body can recover quickly.”

The athlete and the person

THE STRONGEST DRIVING FORCE ARE THE EMOTIONS.
A special motor force is needed to be able to perform at the high performance level, this force is necessary to be able to maintain motivation and concentration at all times. With Manuvision body therapy, we help to find people’s individual driving force. Once we’ve found that engine, we can see how we can cultivate the required need and attitude at the elite level. This discovery also involves the work of tracing one’s own weaknesses. Because when we understand and feel our weaknesses, we can also work to eliminate them as a mental problem.
The strongest driving force we have is our emotions. Therefore, the work of understanding and separating our emotions from the physical and mental is important. Basically it is about listening to the different impulses that we receive from thoughts, body and emotions, and making them work in the same direction. And above all, dare to enter and release emotions so that they are not blocked and accumulate as tensions that hinder the athlete’s performance.

WHO HAVE WE HELPED?
Over the years, we have helped some of the best athletes in the world. This applies to cyclists, football and handball players, athletes and martial artists, runners and sailors. We are especially proud of our collaboration with the Handball Masters World Cup and the Tour de France:

Danish Handball Team
Manuvision partner and body therapist Kristoffer Glavind Kjær is a regular part of the team within the Danish men’s handball team and has worked with them for the 2019 World Cup, 2021 and the Tokyo 2020 Olympic Games. Through the daily Manuvision treatments, it helps players to perform optimally by releasing tension, thus allowing the body to give its full movement.
Since 2000, Manuvision has partnered with professional cycling teams such as CSC, Phonak, and Team Coast. In 2011 we became part of Bjarne Riis’s Team Tinkoff Saxo, and in 2017 we went with Team Orica. We have participated in all the major races, including the Giro d’Italia, the Tour de France and the Vuelta a España, as well as the team’s annual training camps. Both the cyclists and the rest of the team’s employees have received treatment and training from Manuvision.

“The Manuvision treatment is especially important for me when it comes to coping with the stages I want to win. Above all, it improves my breathing and also my position on the bike. It helps me to be more mentally focused and I get a better feeling in my body. The day after a treatment I have more energy and I can go a little deeper, which is what makes the difference in the goal. The treatment helps me win… And it makes me feel like Superman!” 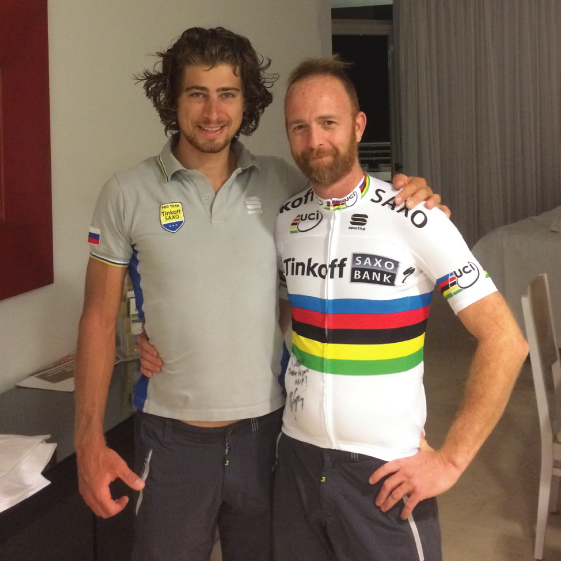